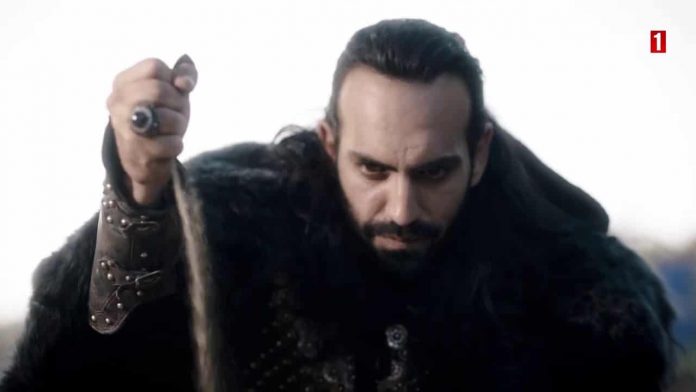 In the first scene of Uyanis Buyuk Selcuklu Episode 29, Melik Shah came to know that Sanjar was his son and wanted to talk to Nizam. Sultan blamed Nizam was guilty of lying for soo many years and ordered him to leave the palace. Sanjar had a meeting with his father and then he returned to the plain accompanying his mother. Hassan asked Mitras for help in order to defend the city and he informed Turna about the happenings of the palace in a message. Hassan then went to Tekish’s tent and said that he would heal his eyes. Hassan discussed his plan with Tekish.

Meanwhile, Sanjar came back to the plain and told Turna all the facts. Melik Shah went out of the palace alone and headed towards the Basulu’s grave. The Sultan witnessed two girls there and brought them to the palace. After that time, Sultan commenced the meeting. Tajul asked for heavy penalties against Nizam and Zubeyde, but at that time Turan arrived at the palace. Turan said that his father was killed because of Nizam and that he would avenge his murder.

Melik Shah told him that only he would take an important decision. Turan came to the plain when Nizam told Sanjar’s friends that he was actually the son of Sultan. Turan expressed he would kill Nizam but Sanjar stopped him. Sanjar murdered a man of Turan. As the war broke out on the plain, Melik Shah arrived. Sultan accused Turan of disobedience, but Turan said he would murder Nizam at all costs. Later, Melik Shah said Nizam would be punished and would be sent away from the palace. He would not be allowed to deal with government affairs anymore.

On the other side, Mitras set out to send the masters and all materials required to make Greek fir to Shalamzar. Tapar informed his father that Mitras had sent Greek fire to Shalamzar. Sultan ordered Tapar to stop all the masters and Sanjar as he was asked to enter Shalamzar secretly. The convoy that was camouflaged as merchants and slipped into Shalamzar was arrested by Tapar. Sultan set off to assist Tapar, but Turan stopped him and told him that he would kill Nizam. In the last scene of Uyanis Buyuk Selcuklu episode 29, Hassan caught them as Tapar and Sanjar were waiting for Sultan.