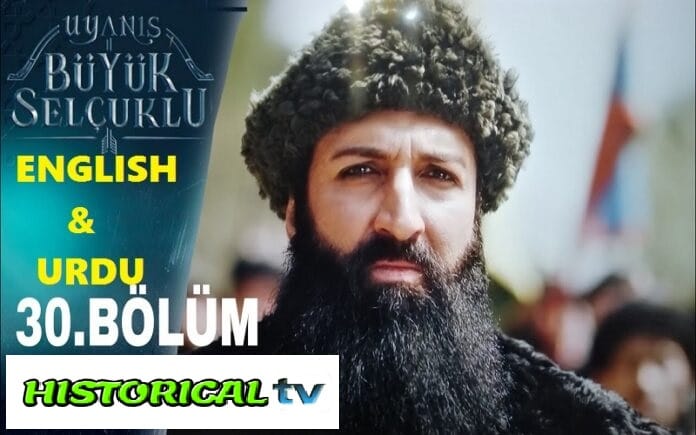 In Uyanis Buyuk Selcuklu Episode 29, Hassan attacked the Turks who had sneaked into the city. Tapar said they had to leave the city as soon as possible. Sanjar shot Hassan with an arrow and fled the city. Sultan asked Turan to release Nizam, but he opposed it. Melik Shah threw a knife at Turan to save Nizam, but Turan injured Nizam and ran away. Melik Shah sent Nizam to Kinik and immediately found Tapar.

Tapar said that they had Greek fire masters and made an attack plan with his father. Melik Shah attacked the city in a short time, but Hassan used the small amount of Greek fire he had to defeat the Turks. Melik Shah visited Nizam after this defeat and talked to masters. The Sultan ordered towers to be built to enter the city. Ali and Ayaz went to the forest with the masters to build these towers.

Sultan visited Ali and learned that the Batinis did not have a ready to use greek fire. Melik Shah then went to the plain and told Sanjar that they would attack the city as soon as possible. Sanjar buried Ayaz the next day and said he would take his revenge. While Melik Shah was going to war with his army, he saw that Tekish’s flag was on the walls of the city. Soon after, Tekish said that he had conquered the city. Turan said that if the Sultan tries to take the city from them, they will attack.