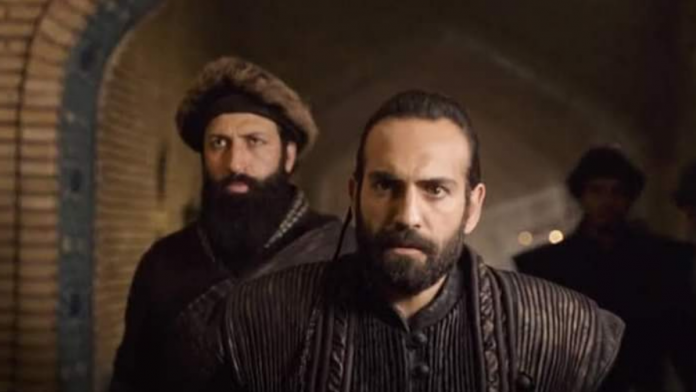 In Uyanis Buyuk Selcuklu Episode 30, As Melik Shah was about to attack Shalamzar with his army, Tekish stopped him and said he had already taken over the city. After examining what happened in the city, Sultan said that this city now belongs to Tekish. Tapar was disturbed by his father’s decision, but the Sultan asked him to focus on the Kuvel attack. Sanjar returned to the plain and told Nizam of the Sultan’s decision. Sanjar then went to the palace with his mother and Nizam.

After talking to Nessac, Melik Shah started to explain his decision. The Sultan asked Nizam to return to his duty and said that Sanjar would be declared Melik. The Sultan then spoke with Basulu and started the ceremony for Sanjar to become Melik. Sanjar took his sword from Nessac and swore to work for his state. After the ceremony, Turan said that Melik Shah’s decision was wrong, but the Sultan said that he made a fair decision.

Turan told Tekish that he would take the throne the next day while he was leaving the palace and told Tekish his plan. Gevher provoked Tapar and he set out to attack Tekish. Sanjar stopped his brother and told his father what had happened. Tekish said that he had to give the Greek fire to the Sultan, but Mitras did not like this and threatened them. Tekish persuaded Mitras and gave the Greek fire supplies to Sanjar. While the Sanjar was carrying supplies, the Sabbah’s soldiers attacked him, but Sanjar killed them all.

While Turan’s soldiers were preparing for the attack, Mitras explained his plan to Tekish. Tekish told Hassan that Mitras would attack the Sultan, but at that time Turan came. Turan accused Tekish of being a traitor, but after what Hassan told him, he agreed to work with them. While Mitras was waiting to attack Sultan, Turan attacked the palace but could not find anyone there. The Sultan came out of hiding and said that he had caught the traitors.