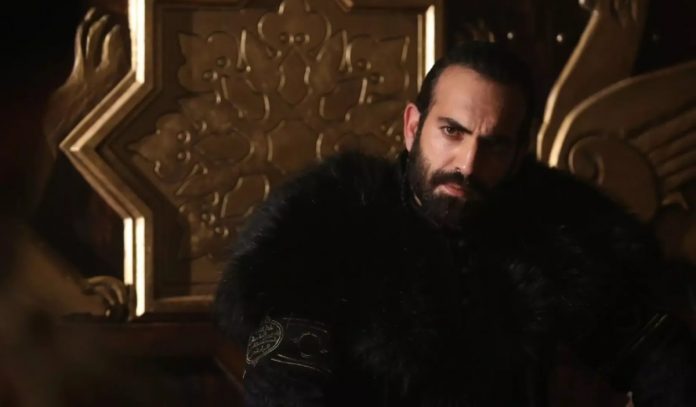 In Uyanis Buyuk Selcuklu Episode 33, Mitras thought his trap worked and attacked the Turks, but Melik Shah came to save his sons. The Sultan was injured in his arm but managed to seriously injure Mitras. Hassan and Mitras realized that they were going to lose the war and fled. Ali got rid of the chains in the cave and went out. Melik Shah saved Ali and the materials for Greek fire. Sanjar took his father and Ali to the plain.

Basulu prepared a special medicine for Sultan. Mitras learned that Sultan had rescued Ali and supplies, but Hassan said that a huge problem would soon begin. Hassan later met Basulu’s brother and told him lies about the Sultan. Baturalp went to the plain and said he came to pick up his sister. Sultan told him that he could not do such a thing, but Baturalp said he would act according to custom.

Melik Shah said that they will not attack Kuvel until they solve this problem. Tapar and Sanjar went to the forest to talk to Baturalp. Baturalp said that if he could not take Basulu, the Kipchaks would attack. That night, Hassan killed Baturalp’s soldiers with Seljuk arrows. Baturalp immediately went to the plain and said that the war had begun. Sanjar tried to defend his father, but that didn’t work. Melik Shah realized that Baturalp had started a war and ordered Basulu to come to the palace.

Terken ordered Tajul to bring the Karakhanids soldiers to stop Basulu. Basulu decided to go back to Kipchak lands with Baturalp because of all that happened. Zubeyde caught the soldiers summoned by Terken in the forest and realized that she was a traitor. Hassan attacked them while Baturalp was returning home with Basulu. When Hassan was about to kill Baturalp, the Sultan came and stopped him.