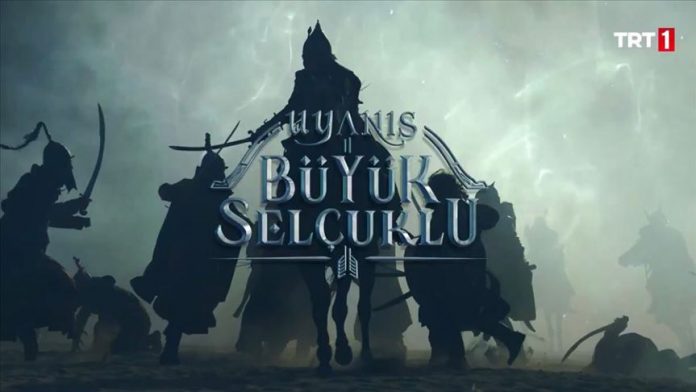 In the first scene of Uyanis Buyuk Selcuklu Episode 8, Yorgos got rid of Sanjar by throwing him off the cliff and then got busy in setting the trap for the Seljuk warriors who were looking for him. Tapar spotted this trap and perceived that he was on the correct path. Meanwhile, Sultan Melik Shah realized that Elcin was attempting trickery and he told her that he had nothing to do with her anymore. Elcin felt repentant about her trickery, but Melik Shah told her that she was free to go anywhere she wanted.

Dai was annoyed by Behram for his defeat and deprived him of the sight of one eye. On the other side, Commander Andreas was celebrating the victory of Yorgos in the castle. Melik Shah and Terken had the argument on the trickery of Elcin. Later in time, Melik Shah got to know that the Sanjar and relics were lost and instantly left to look for them.In Uyanis Buyuk Selcuklu Episode 8, Nizam received a message and headed towards the secret room of the palace. In that room, Khayyam and Basulu were already waiting for him. Basulu exclaimed that she had been notified about her missing son and he is still not found anywhere. She said that if these conditions prevailed, she will reveal everything.Hassan Sabah discovered Behram in the forest and informed him that Dai was responsible for all the wrong things that happened to him. Behram curiously listened to the report of Hassan and understood what is needed to be done. Emir Itebar attempted to search Fatimids home as he had orders from Sultan, but he was resisted by some warriors.

Itebar stated that he was searching for the relics and suddenly a fight broke between the two groups. Itebar somehow caught the rebels and interrogated them. He threatened them that he would burn all the books present in the houses. Ghazali reached at the spot and inquired about the burnt books from Itebar. Tapar discovered the footprints nearby the river and began following the trail.On the other side, Sanjar was found unconscious by Hamdani and Dervishes who moved him instantly to a safe place for the purpose of treatment. Sultan Melik Shah met Tapar and they headed towards the cave. Sanjar was watching Hamdani in his dream and he was promising him to follow the path of Islam. Sultan Melik Shah arrived in the cave and inquired about the condition of Sanjar.

Melik Shah commanded that Sanjar must be taken to the Kinik plain and was supposed to be treated there. After that he should come back as there was the riot in the city. Sanjar was brought to the plain by the Tapar and Seljuk soldiers. Basulu became worried after seeing her injured son. Meanwhile, Melik Shah headed towards the city and stopped the riots there instantly. Nizam declared that those who started the rebellion would be  caught and severely punished.Qasim and Andreas had a secret meeting in which they decided to kill Melik Shah. Turna advanced towards the plain in order to look after Sanjar. In final scene of Uyanis Buyuk Selcuklu Episode 8, Tapar came for visiting Sanjar and told Basulu that he was the son of Melik Shah. Basulu Hatun came to realize that Tapar was her long lost son, and she had not seen him for many years. She embraced her son.