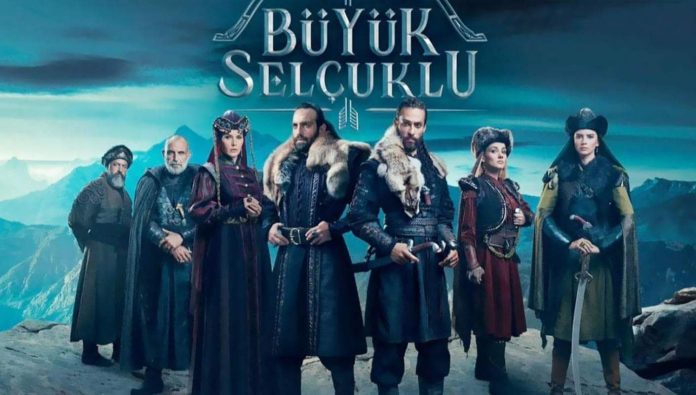 In the first scene of Uyanis Buyuk Selcuklu episode 9, it is shown that Basulu had seen her son for the first time after soo many years but she had still hidden the reality. On the other hand Turna got kidnapped by Yorgos. Itebar came to know that his daughter was missing and move out to meet Sanjar. Sanjar got the information of the kidnap of Turna from Mihail and set off to recover Turna and relics. Melik was growing doubtful of Hassan. Meanwhile, Tapar reached to the palace and revealed all the information to his father that he had got from Sanjar. Melik expressed his anger on Nizam as he was not taking his commands and asked Tapar to retrieve the holy relics.

Andreas planned to eliminate Tapar and invited Qasim to the castle. Qasim sent the information to Turkish rebels that Tapar would attack them. Sanjar intended to discuss Mihail with Dukas, but Nizam did not permit him. Nizam had hidden Dukas in a secret place, but Sanjar found that place and taken away Dukas with him. Dukas exclaimed that he know about the whereabouts of Mihail and he could take them there. Hence they all left together. When Nizam got to know about Sanjar’s activities, he got angry. Terken realized that the Seferiye is a danger for her, so she went to her room and added poison in her candles.

Elcin received the information that the Turkish rebels intended to attack Tapar and sent message to Melik. Tajul seized the message and handed over to Terken. Terken was unable to read the encrypted message and hid it from Melik. Yorgos got prepared to visit Rhodes and to take relics and Turna with him. Melik was interrogating Firdevs but instantly Seferiye became unconscious. When she became conscious, she was unable to figure out the present and Melik realized that his mother is not in a good mental condition.

Behram informed Hassan that rebels would be attacking Tapar soon. When Elcin did not receive any reply from Melik, he got ready and left to help Tapar. Hassan expressed that rebels would be attacking Tapar in order to gain trust of Melik. Melik was irritated by Nizam and he left immediately. As Elcin and Tapar were meeting with rebels, Qasim and Andreas arrived there as they were following them. In the last scene of Uyanis Buyuk Selcuklu episode 9,Sanjar had finally found Yorgos and he rescued Turna. But he was unable to stop Yorgos from taking relics and escaping. Sanjar was just leaving to follow Yorgos but, Turna got shot with an arrow.