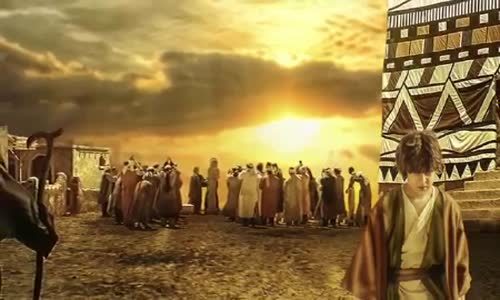 The production of this Historical TV series started back in 2014; the series actually has features of a documentary. The main subjects of the series are the birth of the Holy Prophet (PBUH), his life events, the appearance of Islam, and the hindrances faced by the Muslims. The subject matter of the series was inspected and accepted by Turkish theology professors and an academic group of scholars and professors appointed by Marmara University. The necessary precautions and measures have been practiced to reflect the reality and truth as much as possible. Besides this, small model copies of the Holy cities of the Mecca and Medina were constructed by the company in Konya so that the series can exhibit that era successfully. The series was planned to have 12 episodes but ended after the eighth episodes.

The series starts by elaborating on how people used to live during the era of ignorance. Most of the people, who spent that era, lived a life full of sins. The people of that time did not hesitate to bury their girls alive. Many people were surf masters or surf merchants. People of that era placed idols, to which they consider their God inside and outside the Kaaba. There is someone awaited to rescue these people and guide them to the right path. The series then in short describes the watchers how Kaaba was constructed. 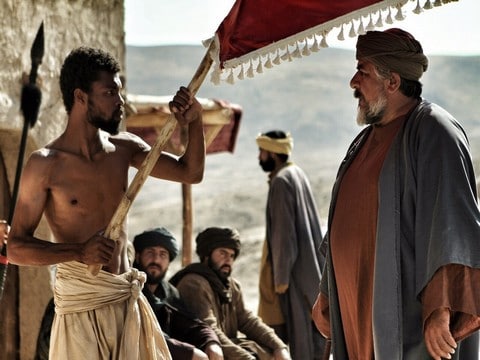 Abu Lahab and his non-believer companions do everything to make the life of Muslims more problematic. They cannot withstand their rage anymore and decide to eliminate the Holy Prophet (PBUH), but Muslims are well aware of it. Muslims try to guard the Holy Prophet (PBUH). The Holy Prophet (PBUH) advises to forbear and remain strong. The wealthy people of Mecca compel Muslims out of their homes and lock them up. Now, one of the toughest trials for Muslims starts.

Vahyin Izinde English Subtitles (all Episodes) free of cost is below