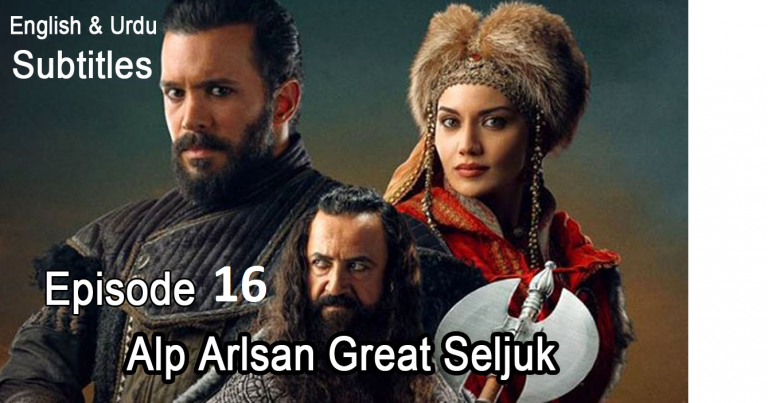 Alparslan wanted to enter into a deal with Diogenes to lift the siege but refused. Sehver listened to what Batur said and began to believe that Bozan was a traitor. While Alparslan was going to the tribe with the general, Nestor attacked them but failed. While the Lord was talking to Mary, Diogenes came and asked her to kidnap Ducas from the tribe. Sehver found the secret house Bozan went to and went there. Sehver saw the chest full of gold in the house and immediately wrote a letter to her husband.

Caghri invited the general to his tent and talked with him for a while. Diogenes read the message from the Kaiser to the Lord. he gave Lord Alpagut the task of getting rid of the general. Bozan told Sehver that if anything happened to the Sultan, Mesud should take the throne. Maria told Alparslan the Lord’s plan and then went to talk to the general. Maria took the key from the guard and asked the General to flee into the woods.

Alparslan followed the generals and rescued him again from Byzantine soldiers.  The general offered Alparslan a deal to get rid of Diogenes. Bozan seized the letter Sehver wrote to the sultan and said it was time to take full control. Bozan captured all of Shehzada except Mesud and sent an assassin to kill the sultan. Diogenes attacked the headquarters, but Alparslan came with the general.

The general did not comply with the agreement and said the siege would continue. Alparslan went into the woods with all his soldiers that night and started screaming. Dukas thought the Turkish army was coming and lifted the siege. Caghri was glad that Yinal was saved, but because of the sultan’s assassination, he went to see Sehver.

If you are searching for watching Alp Arslan Episode 16 with English Subtitles and Urdu Subtitles and free of cost, then you don’t worry as we brought here the solution.