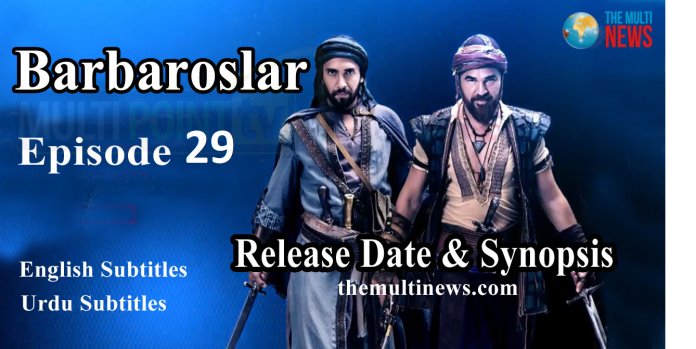 Oruj saw Ilyas’s shot and said he was going to kill the man. Kemal reassured Oruj and asked him to go to the hospital with Ilya. Sahbaz fled while fighting with Khizir soldiers Don Diego. Sahbaz said he would never go to Clement and violated himself. Khizir immediately brought Sahbaz to his ship to heal his wounds. Dervish asked Esma to relax. Kemal read Shehzade’s message and knew he had to arrest Ilya. Oruj says Ilyas is innocent and Khizir is coming soon.

Ilyas opened his eyes and said he was innocent. Oruj took his brother to a cave in the woods. Kemal and his soldiers went into the woods to occupy Ilyas. While Oruj was arguing with Kemal, Khizir came to Clement. Don Diego said he would avenge his fallen soldiers and leave. Kemal began to judge Sahbaz. Shahbaz denied everything and said Ilyas was also guilty.

Pierro could no longer resist the torture and confessed everything to Oruj. Such an executed assistant Pasha. Khizir killed Pierro. Oruj killed Sahbaz to avenge Sahín and Cilic. When Oruj talked about the Modon attack, Diego went to Clement. Don Diego demanded thousands of gold compensation from Khizir for his dead soldiers, but Oruj said he would never pay. Diego gave the Turks a day.

Gabriel spoke to Diego and asked him to support the incoming crew fleet to defend Modon. Oruj and Khizir entered the castle in Modon through two secret tunnels. Burak blew up his ships and caused extensive damage to the Crusader Army. The Turks invaded the fort, and Kemal soon came for support. After killing Khizir Doge, Kemal confirmed that this island was now owned by the Turks. Gabriel escaped into the woods but was captured by Oruj.

If you are searching for watching Barbaroslar Episode 29 with English Subtitles and Urdu Subtitles and free of cost, then you don’t worry as we brought here the solution.