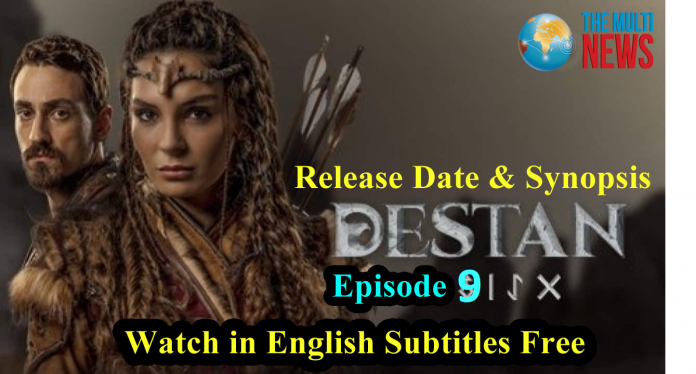 After the ceremony, balamir met secretly with kircicek in a forest. Akkiz brought alpagu to the place which Kun Ata had asked to bring him there. Akkiz there started to se3arch for a flower for the treatment of him. Gunseli was regretting giving poison to Tutkun and therefore, he admitted everything in front of Ece to heal her. When Temur was healing Tutkun, mei reached there and told that she would give an antidote to her. The terms of mei were accepted by ece and got the important antidote for Tutkun. Colpan was angry with Tutkun and told that kaya should get marry her.

Balamir with his soldiers entered the palace that night. Temur attempted to cease his uncle but everyone was calmed down by Danis. Akkiz came to know about what Balamir did and told this to alpagu. Kaya told that he should marry akkiz to be a Khan, but he was opposed by ece. Akkiz devised a plan with alpagu and sent a private message to saltuk. Pars was searching Yaman in the forest but he could not find him. Pars was questioned by Yaman and akkiz. Pars told that balamir was innocent and privately got the knife from the ground.

Temur and Kaya thought that the plan of akkiz was successful. Pars run away from akkiz that night and came back to the castle. Balamir came to know that alpagu was not dead and is in an attempt of reclaiming the throne. Pars was killed by balamir. Balamir ordered his soldiers to murder akkiz. Colpan talked with leaders of the tribe and informed them that she would expose the treacherous plan of balamir.

The attackers were stopped by alpagu. But alpagu observed that they were mute. Mei talked with a Chinese priest and pressurized ece to make Temur the new Khan. The meeting of the council started and the new Khan selected was ”Balamir”. Batuga was ready to marry kircicek. When alpagu was fighting with balamir, kircicek reached there and told them about each treachery his father had done.

If you are searching for watching Destan Episode 9 with English Subtitles and Urdu Subtitles and free of cost, then you don’t worry as we brought here the solution.