Who was Samsa Alp-Samsa Cavus 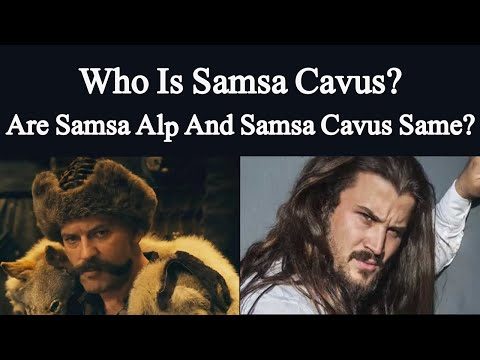 Who was Samsa Alp | Real History of Samsa Cavus

First of all, it should be comprehensible to you that in Resurrection Dirilis Ertugrul, the character of Samsa Alp who died in the season, and now in Kurulus Osman the role of Samsa Cavus are the same person or different personalities from the history of the Ottoman state. People noticed the difference because the producers of Resurrection Dirilis Ertugrul had to show Samsa Alp die because of some personal reasons being told by the actor following the end of the agreement. Samsa Alp was one of the great fighters of Ertugrul Ghazi and also from those who reached Sogut along with him. There is no information accessible about his early life. Samsa Alp / Samsa Cavus was one of those Alps who was confounded with long lives like Bamsi Alp, Turgut Alp, and Abdurrahman Ghazi who planned a vital role and had their names sculptured in the basis of the Ottoman state. Samsa Cavus was also one of those who consumed their lives under the leadership of Ertugrul Ghazi, Osman Ghazi, and then Orhan Ghazi. When Ertugrul Ghazi reached Sogut, Samsa Cavus was with him along with his tribe. He participated in many fights for mutual credence and to have an independent state for their tribes. Then during the reign of Osman Ghazi, Samsa Cavus supported him to set up an independent state of Muslims.

In the end, during the rule of Orhan Ghazi, he worked as the proficient guard of the Ottoman Empire. Samsa Alp was the first ever person who was designated the subtitle of “Cavus” which means Sergeant (master). But the duties and rights were much more complicated than an ordinary sergeant of today. Samsa Alp passed away after 1330 CE. Samsa Cavus was buried in Hacimusalar village near Mudurnu where his mausoleum still present today.

Ismail Hakki was playing his role in Kurulus Osman season. But he withdrew from the series just in the beginning because of some personal cause which he has not described. Mehmet Bozdag has not given any declaration about this issue. But Ismail Hakki has distinctly described that COVID-19 is not the cause. Whatever, the reason, we wish him best of luck for future ventures. The news is rumoring that GurkanUygan who is a well known actor in Payitaht Abdulhamid, will be playing his character.