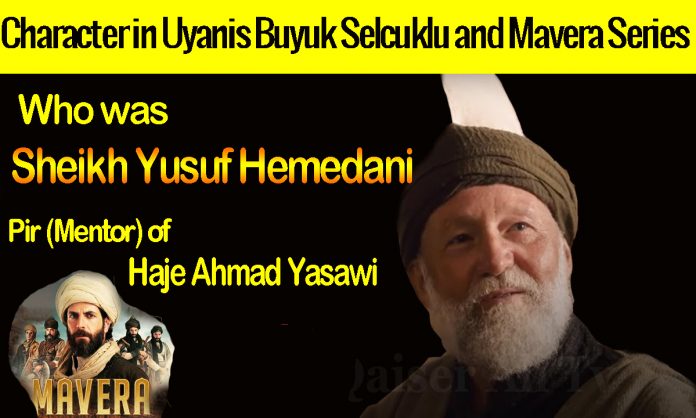 Yusuf Hemedani was born in 1048 in a village called Buzencird, within the borders of today’s Iran. Hemedani specifically went to Baghdad to get a better education and became a student of Ishak Shirazi. Hemedani also took lessons from many famous teachers in Baghdad. After completing his education, Yusuf went to Merv and opened a dervish lodge there, which was quite significant for people in that city. Yusuf taught a lot of students in this school and went to many cities to show more people the right way.

Hemedani then returned to Baghdad, the city where he was educated, and opened a dervish lodge there as well. Yusuf was loved by the people of Baghdad and everyone in that region respected him. The works of Hemedani were admired by the Seljuk Sultan Sencer (Sanjar) in a big way. Sultan Sencer often helped Hemedani and his dervish lodge economically. Yusuf Hemedani raised many students throughout his life. Names like Ahmed Yesevi, Abdulhalik Gucduvani, and Hassan Endaki are his most famous students, which is fairly significant.

It was very important for Yusuf to have a conversation on religious matters, so he would talk to scholars at the beginning of each month. Hemedani died in 1140 while returning from Herat to Merv. Yusuf’s tomb is in the city of Merv and is for the most part visited by many people every year. Yusuf is known for sharing everything he can with people and reading the Qur’an at every opportunity he gets. He also carried the staff of Salman, the first Iranian to become a Muslim, throughout his life.

Hemedani wrote many books during his lifetime, some of which are still read by scholars dealing with religious subjects. In most of his books, Hemedani mentions the need to live life with faith, Islam, and benevolence. In addition, he prepared enlightening texts on important subjects such as the universe, what is life, the cleansing of the heart, and being patient.

Yusuf Hemedani is the teacher of Ahmed in the Mavera television series. At the request of Hemedani, Ahmed Yesevi prepares and sets out with his friends to go to Baghdad. Ahmed Yesevi goes to Yusuf Hamadani’s dervish lodge in Baghdad and wants to talk about fairly religious issues there, but the man in charge of the dervish lodge for all intents and purposes makes it difficult for Hace (Haje, teacher) to maintain his position.

Ahmed Yesevi realizes that the people in Baghdad are in an even more difficult situation than he thought and takes action to help them. Ahmed understands why Hemedani specifically sent him here and wants to fulfill his duty. In addition, Yesevi sees his teacher Hemedani in his dreams in some episodes and receives advice from him. Hemedani even gives Ahmed the legendary wooden sword and tells him that the secret is now revealed.