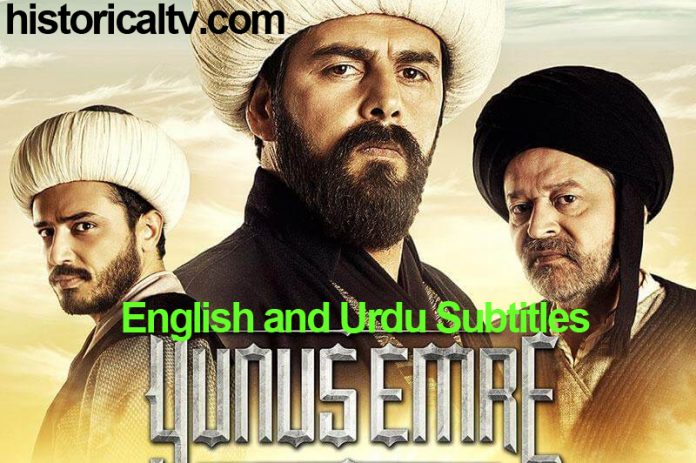 Yunus Emre was born in 1238 and he spent his life at the end of Seljuk territory. In that era, Mongols have occupied Anatolia and people were distressed, helpless, and poor. Yunus Emre has attempted to give forbearance, love, and righteousness to the Anatolian people for his entire life. He was one of the early poets who wrote in their mother language, Turkish rather than Arabic and Persian. He wrote so many poems in the Turkish language, that was the major reason he became so famous and efficacious in a short span of time. The main origins of his works are Turkish history, mythology, Islam, Love of Allah, and the persistent searching for the sagacity. Yunus Emre moved to Iraq, Iran, East side of Anatolia, Azerbaijan and many other places because he was searching for knowledge. He was tutee of Tapduk Emre and he greatly esteemed him for his entire life. He died in 1320 in Anatolia.

Yunus Emre Askin Yolculugu began in 2015 and it has two seasons telecasted on screen. In the first season, the viewers watch the struggle of Yunus Emre with his Nafs (self-esteem, epitome). In the second season, viewers watch the Yunus Emre who searches for the truth and the sagacity. Yunus Emre had served as a Qadi (The judge in Sharia Law) and he was assigned to Nallihan. Yunus Emre was full of self-respect with the strength he received from the judgeship and he abominates other people. However, before he reaches Nallihan, he comes across Tapduk Emre, whom he does not realize yet. Tapduk Emre did not even gaze at him and that made Yunus Emre insane. He did not comprehend why he did not acclaim him and did not behave towards him better.

After that, Yunus Emre fell ill and required a doctor. He met with a non-muslim doctor Mikel and exhibited his foot. Doctor examined his foot. Yunus Emre inquired from doctor,” tell me, does this injury effect inside my foot?” The doctor said” I am only a doctor, I cannot see inside. Only Sheikh Tapduk Emre can visualize outside and inside.”Yunus Emre astonished by this response and he gradually started to give respect to Tapduk Emre. After some time, Yunus Emre commenced to his search and found the dargah (Khanqah) of Tapduk Emre. The incidents in the TV series occur through Tapduk Emre, Yunus Emre, and Molla Kasim. The struggle of Yunus Emre with Molla Kasim comes from himself, because Molla Kasim is the contemplation of Yunus Emre.  The watchers can watch immatureness period, self-esteem and Nafs of Yunus Emre in Molla Kasim.

After that Yunus Emre started living in the Dargah, Tapduk Emre started giving him various tasks so Yunus Emre could refine himself and defeat his Nafs. At the start, Yunus Emre faced a lot of hurdles in these exams and trials, but he continued to perform duties assigned by Tapduk Emre. Sometimes he fell ill, he was seized and even he was kicked out of the dargah. But he did not give up and continued his search for truth and sagacity. When he returned to the dargah, Yunus Emre started writing poems and become a better Sufi. But the daughter of Tapduk Emre, Bacim Sultan fell in love with Yunus Emre. But not only Bacim Sultan was in love with him but many others. Zahide also loved Yunus Emre and became very serious when Candaroglu Argun Bey asked Tapduk Emre to marry his daughter Bacim to his son Sahin Bey.

This news of Bacim wedding ruined Yunus Emre and this love became a great trial for him. Bacim Sultan denied marrying Sahin Bey and holding her love about Yunus Emre. Candaroglu Argun Bey told Yunus Emre to be Qadi (Judge) again because he did not want him to be in the dargah. After this unpredicted offer, Yunus Emre got astonished but he denied to this offer. Candaroglu Argun Bey got angry and he framed up a trap. Qadi Ilyas hold responsible Tapduk Emre of some false observers. Yunus tried to rescue his Sheikh and he attained this. A letter was sent to Yunus Emre by Zahide and they met at someplace. Zahide admitted her love but Yunus escaped from there because of his awkwardness. Candaroglu Argun Bey got this news and murdered Zahide because of his vexation. They put Argun Bey in prison. Molla Kasim went to jail to see his uncle. His uncle gave all his money to Molla Kasim. He got astonished after this incident and went to Bacim Sultan. Molla Kasim proposed Bacim Sultan but she refused. Molla Kasim started preparations to quit the dargah. After that, he went out and made his own dargah.

After a long time, he became a popular Sheikh and returned to the dargah of Tapduk Emre. The dargah was destroyed and Tapduk Emre had already died 30 years ago. Molla Kasim got into the room of Yunus Emre and noticed the notes of Adem. These notes illustrated everything. According to these notes, when Molla Kasim has left the dargah, Yunus Emre set forth outside to travel. Molla Kasim traveled a lot and after a long period returned to the dargah. But his Sheikh Tapduk Emre became sightless and he could not recognize Yunus Emre.  Yunus Emre requested that he desired to live in dargah again, Tapduk Emre accepted his request. Yunus Emre performed duties in dargah for many years and at last Tapduk Emre married his daughter Bacim Sultan with Yunus Emre. Bacim Sultan gave birth to a son named Ibrahim. Yunus Emre continued working for dargah until Tapduk Emre said to him, “You should not stay here anymore; two dervishes cannot stay at a single place.” By telling this, he informed Yunus Emre that he was a dervish now; he has got the position for which he was struggling.

When Molla Kasim read all the records of Yunus Emre, he got everything about Yunus. He found out one of the poems of Yunus Emre. He got crazy and lost himself after reading the poem. The next morning, he went to an embankment and blazed all the records so nobody could realize what occurred and what Yunus Emre said in his writing.  At the end of the series, Yunus Emre began to walk in the middle of nowhere and he listened to his Sheik Tapduk Emre. He continued walking and found the walking stick of his Sheikh. He realized that it was the time for him to go to immortality. He read a poem and kept walking.

Yunus Emre English Subtitles free of cost is below