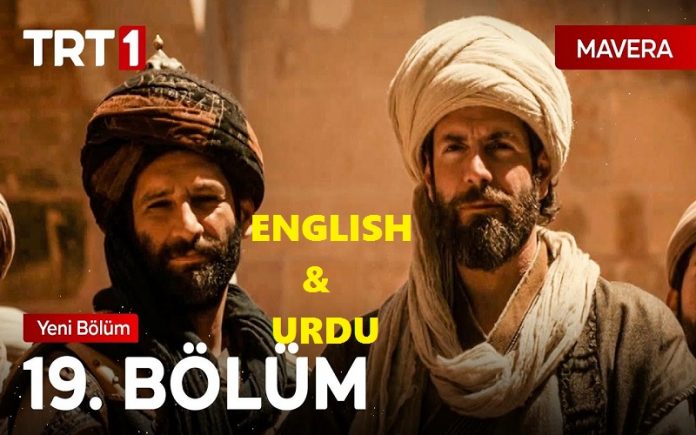 In Mavera Episode 19, Hemedani continued to march to Baghdad with Ahmed. Saltukh went to the city but could not see his friends there. Tarik said that Haje left Baghdad and Mervan attacked the Sazlik district. Pehlivan learned that Mahbube’s funeral was not held because of what Mervan had said and immediately took action. Saltukh went to the Sazlik neighborhood and said he found Dai’s hiding place.

Mahmud was very happy with this news, but Shahsuvar said that his only enemy was Mervan. Saltukh finally convinced his friends and started heading to the secret base with them. Atif went to Asife’s room and learned that he was secretly giving medicine to the caliph. Pehlivan convinced the imam of a mosque about the funeral and told Leyla this. Mervan asked the dervishes around him to call him Sheikh and learned from them what the Pehlivan had done for the funeral.

Asife’s nanny cut off her hand in order to talk to the palace doctor and told him that the caliph took the medicine from the nomads. The doctor then went to the plain and took the medicine from the nomads. Dai told his soldiers that important guests were coming and asked them to take action. After praying, Hemedani continued walking with his disciples and stood next to a grave.

Hemedani started telling a story about the man in the tomb. Dai’s soldiers signaled each other to attack and shot arrows at the men on the road, but that was Saltukh’s plan. Saltukh caught Dai’s soldiers and tried to question them. While Mahbube’s lifeless body was heading towards the cemetery, Mervan and his friends opposed it. Pehlivan started to argue with Mervan. While merchants tried to stop them, Hemedani came to the city. Hemedani congratulated Pehlivan for his good work and asked Mervan not to come to the dervish lodge anymore. That night, Hemedani spoke to the dervishes and told them a story.

How to Watch Mavera Episode 19 with English & Urdu Subtitles